Have you ever wanted to do something but were afraid to take a risk?

Perhaps resign from your current job, risk taking a new job or even leave your current profession or career for a new one.  If you don’t feel that your current one speaks to your passions, your gifts and/or your vision for your life you will feel the discontent in your body and soul.

Maybe you’re  an adult and you want to return to school but you fear the risk of returning to school or perhaps you want to reach out to someone you’re romantically attracted to. Of course we all have these fears , taking risks is scary most of the time.

But at the same time , you also feel the pull of your soul calling you to grow and develop into an ever more brilliant and accomplished version of yourself. The call to matter to other people, to be significantly valued and to make a difference now. 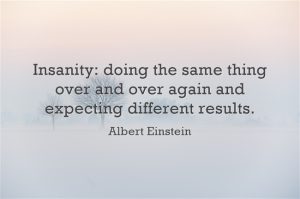 I think that it’s comforting  –  and empowering to know that the human brain works against us in our souls desire to grow live and be huge, and to matter. Evolution engineered our brains to naturally seek and take the path of least resistance.  In modern society where most of us have the luxury of physical safety and we can to one degree or another seek the actualization of our highest human potential, this nature of our brain is an impediment that our evolutionarily designed brains tendencies to seek and take the path of least resistance.

We  must deny our fear of what others may think or that they might find us delusional or arrogant because we dare to not only dream big but to believe, act and expect big. Life passes all too quickly, we have but one shot one shot to live and achieve with significance because we pass this way but once.

Know and believe in who you are you’re meant to be, live your passions your purpose your gifts and skills in service of life and love. Live your highest destiny fearlessly, confidently and with certainty .

Graveyards are littered with people of immeasurable potential people, who had dreams and promise.  And the world is filled  with incredibly successful people of amazingly average potential and skills but they know who they are and they know what they must achieve in their few short years here. 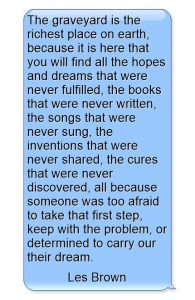 Graveyards are littered with people of immeasurable potential people had who had dreams, input and promise but promising though they were, they amounted to little in their lives. Their passion is forever gone, their potential gone  and they are forever scattered to the winds. They left this world unspent, unaturalized and unfulfilled, the promise of their lives a forgotten whisper of potential squandered because they were dreamers and dreamers alone, while the world remains filled with remarkably successful people people of average skill average ability even average luck, but successful nonetheless because their passion burns bright.

Because they know exactly where they are going and they know that arriving there is a non-negotiable life imperative. Because when they remain certain in confidence that they will prevail they will make it happen. Unlike the people lining the graveyards they acted – they acted big, they acted constantly and they acted with certainty.

Then they acted again and again. They denied their natural play it safe, seek and take the path of least resistance nature’s. They stepped into and through their fear of hard work, failure, and success of embarrassment or humiliation because to them the pain of failure is unacceptable. To them so long as they begin and they continue they know there can be no failure. 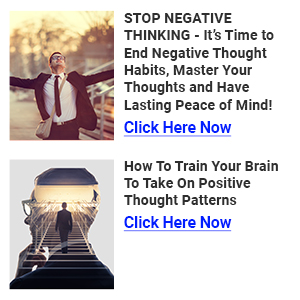